Mojo created a mid-market casual Japanese restaurant with industrial elements with a unique and strong identity which is easy to recognise and franchise.

Our narrative is one where the owners of the restaurant found an abandoned space. This space was previously used by artists who were fascinated by Japanese culture and specifically art. As most artists are poor, they searched the locale and upcycled what they could find to express themselves. Reusing old wood and metal and even writing and painting on the floor and walls. They collected pieces of art and printed posters which they fixed onto the wall.

The art painted on to the walls represent the elements important in Japanese philosophy: earth, water, fire wind and sky. Over 40 Haiku’s are written onto the wall inside the shopping mall.

The new owners of the space were so amazed with what they found they decided to work with the artwork rather than remove it, introducing a kitchen to provide high quality Japanese food. In homage to the previous inhabitants of the building they called their restaurant Atisuto which means Artist in Japanese.

Since the opening of the first restaurant in Galleria Mall, Dubai in 2014, we designed a further four locations: Al Ghurair Mall; Baysquare, Business Bay; Ibn Battuta Mall and Mercato Mall. 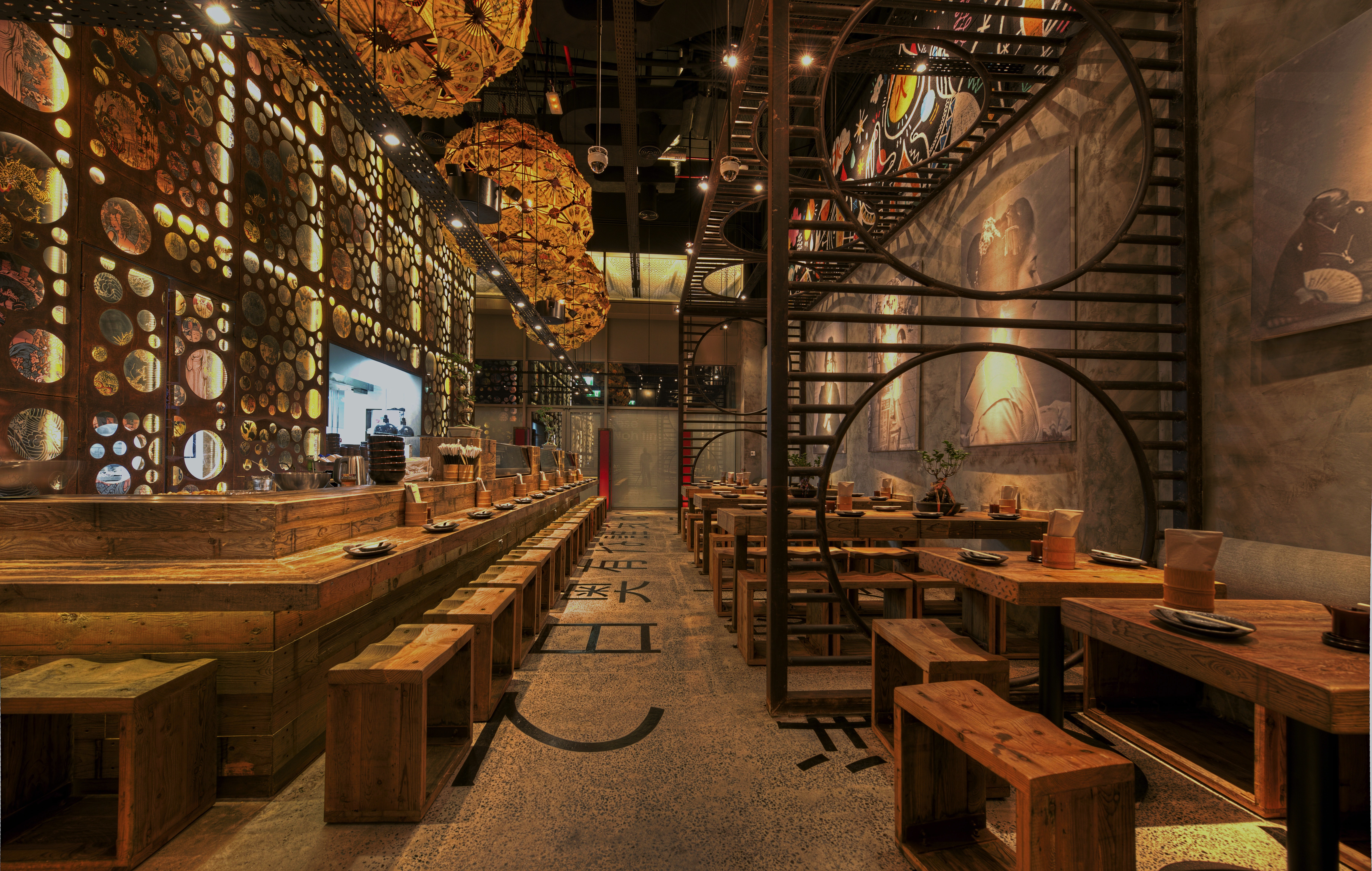 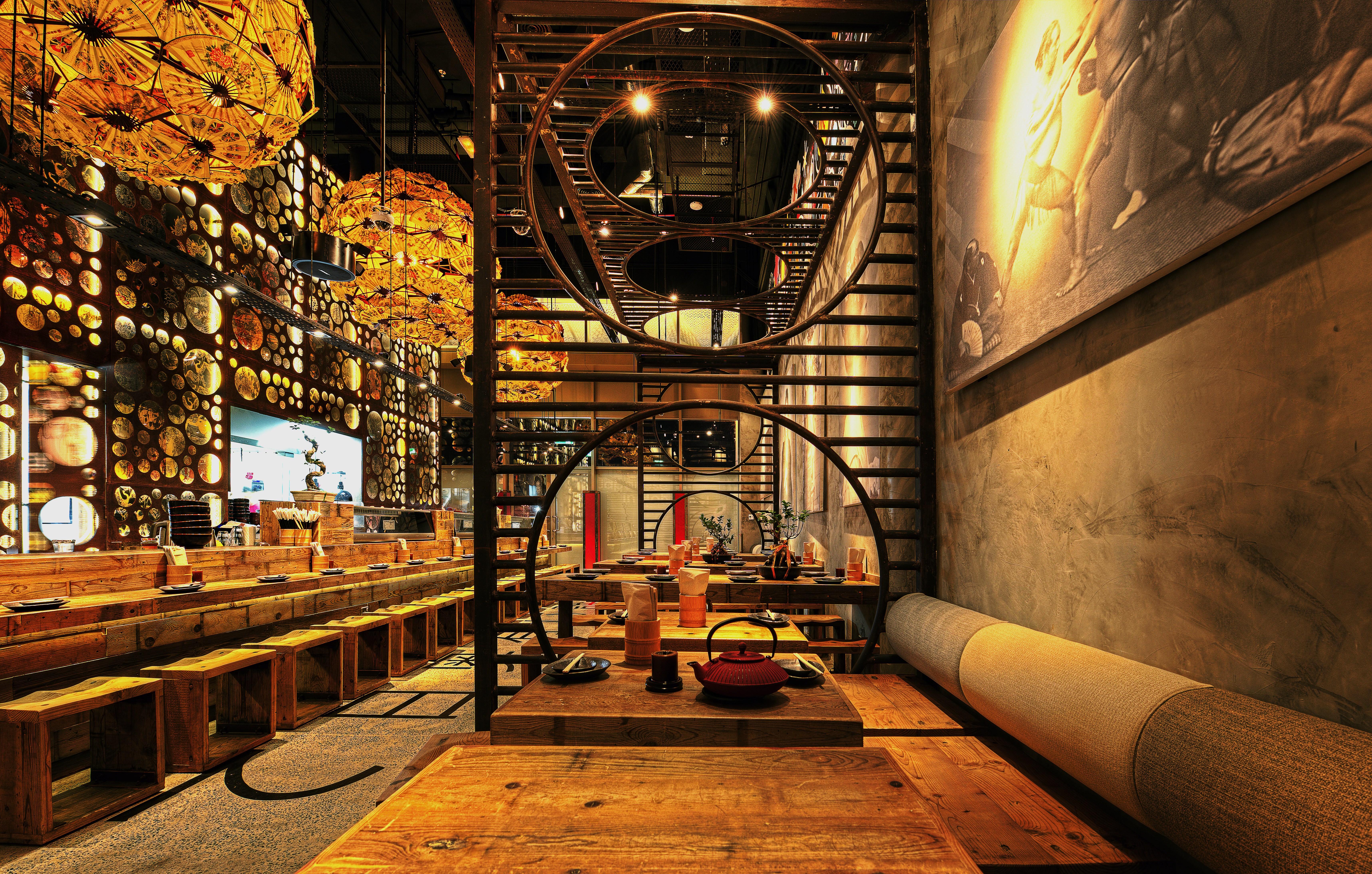 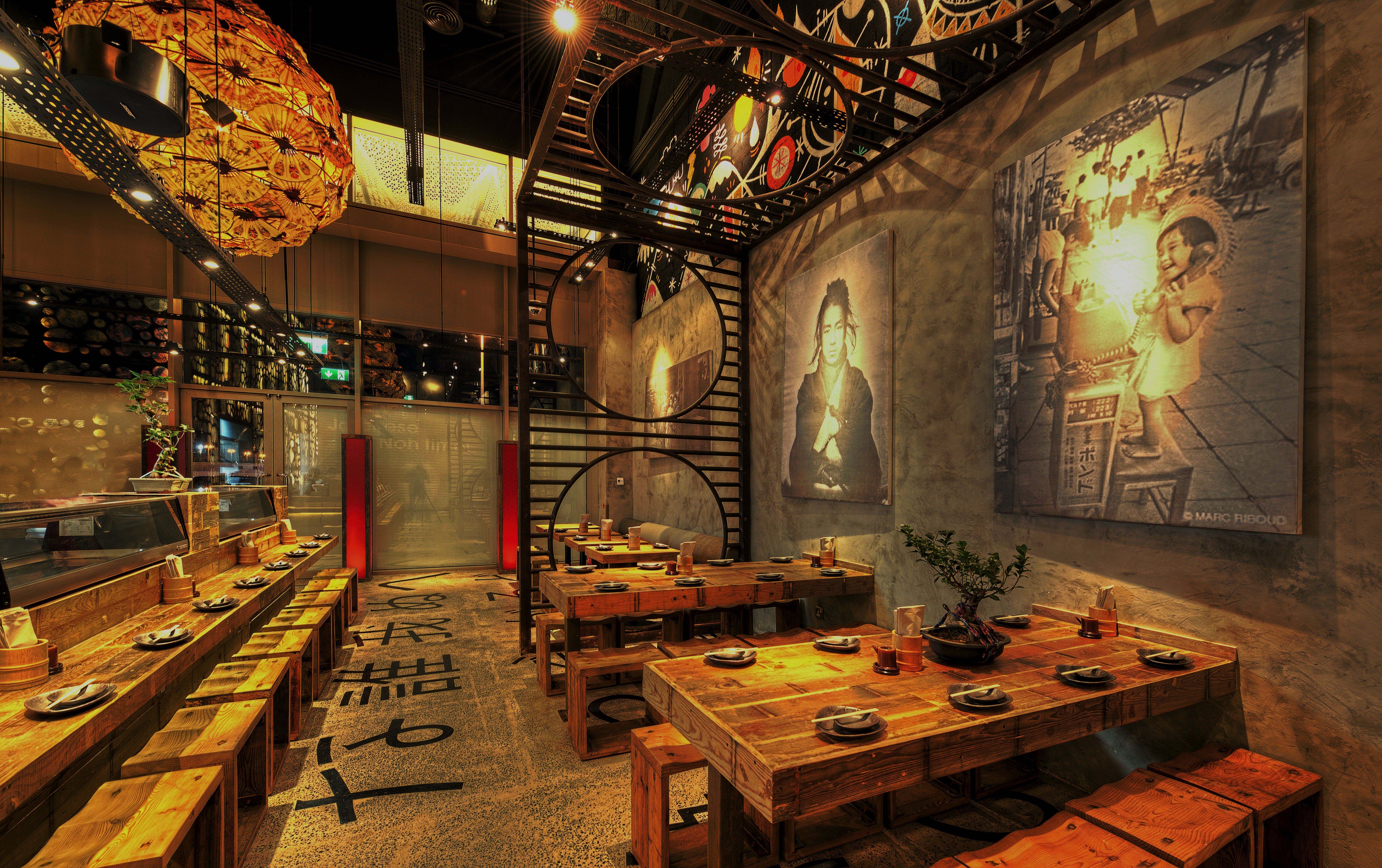 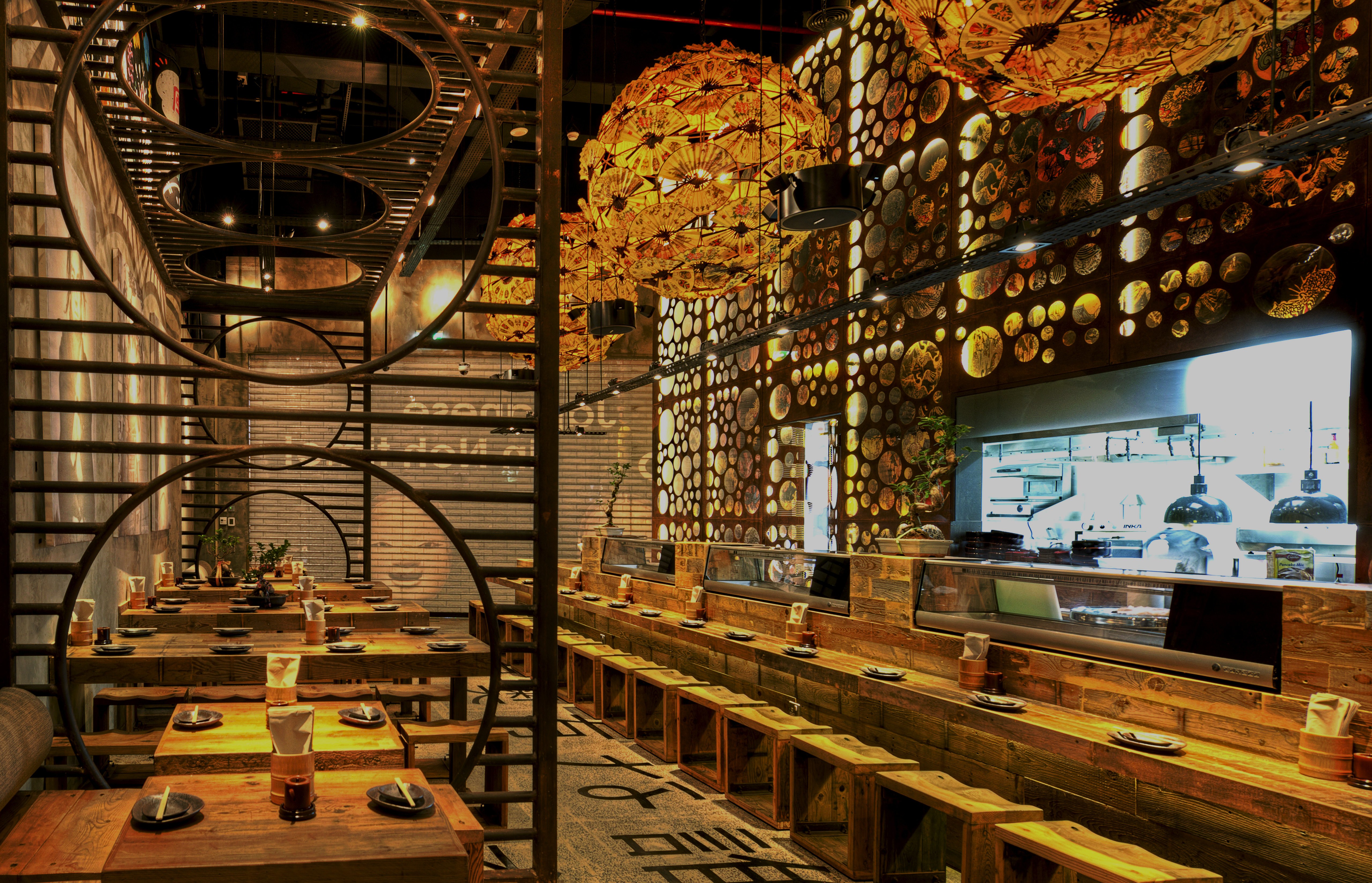 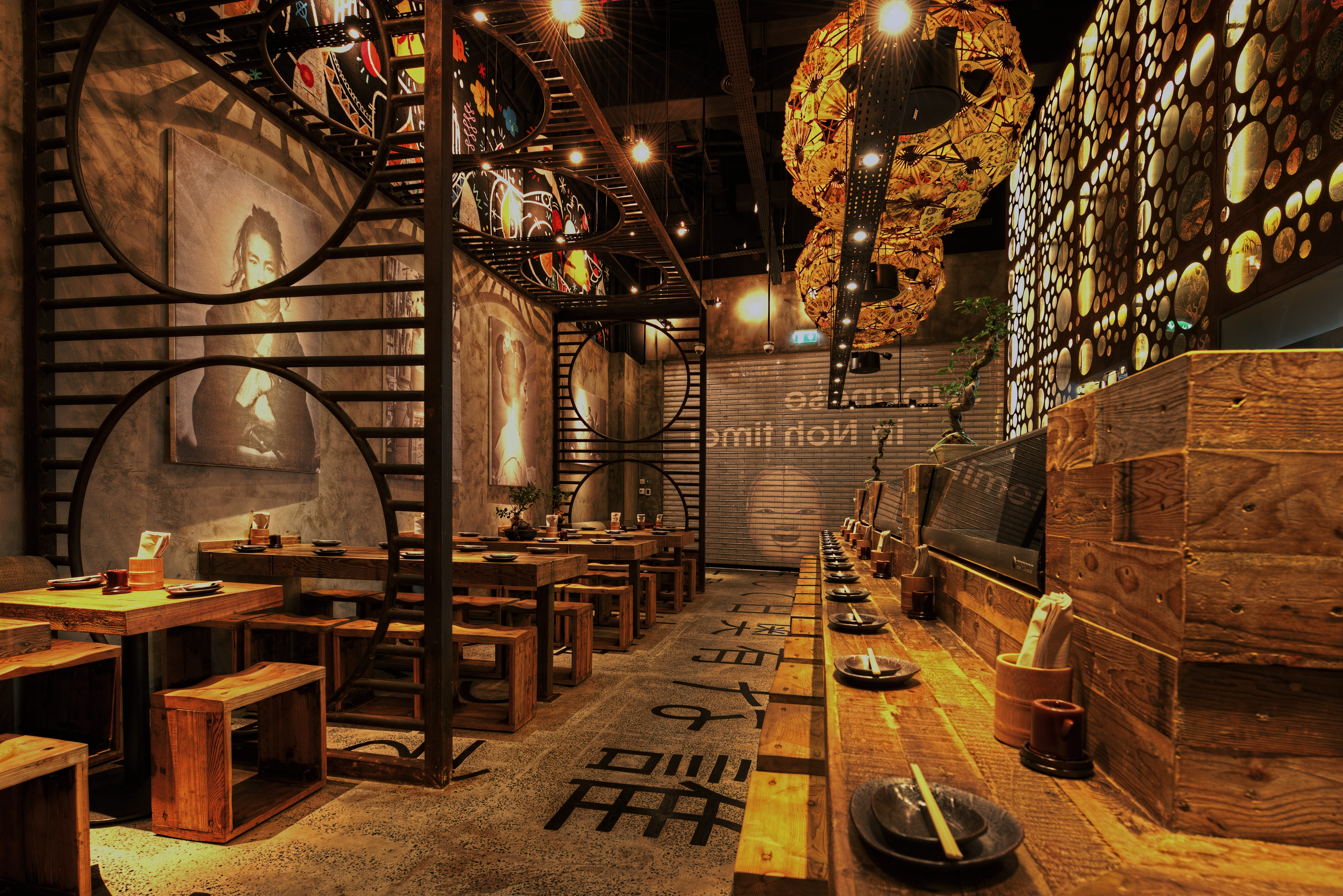 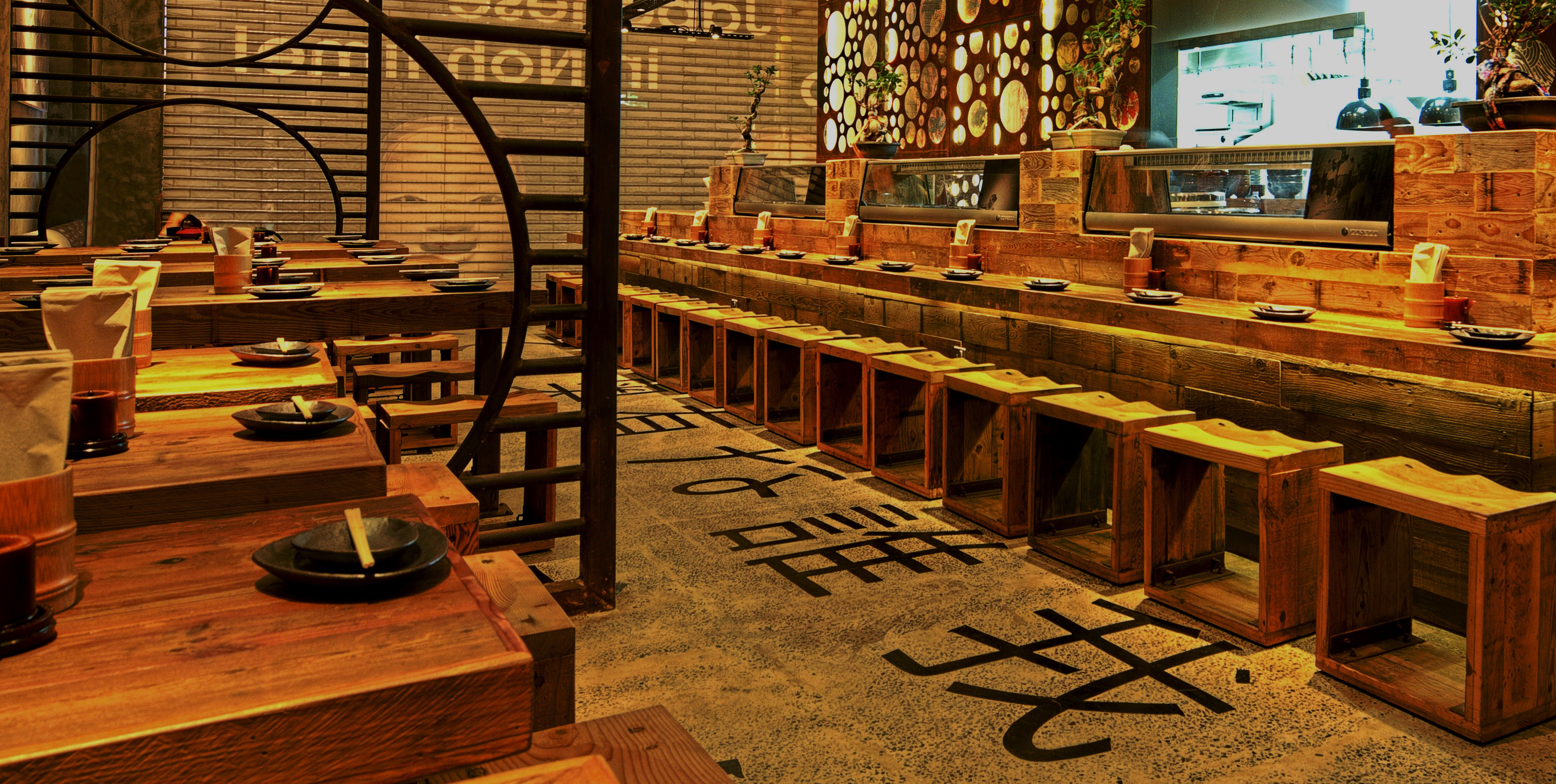 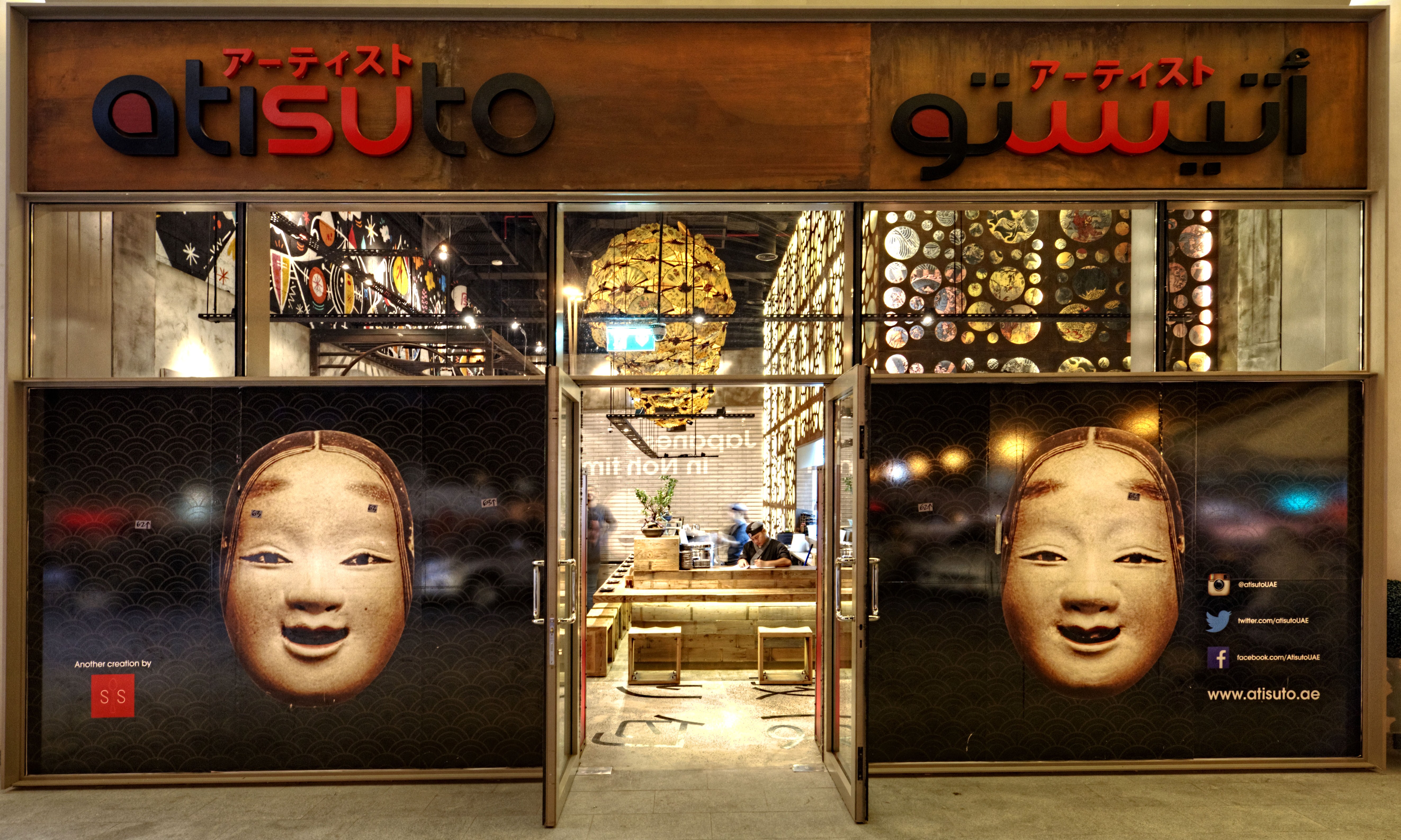 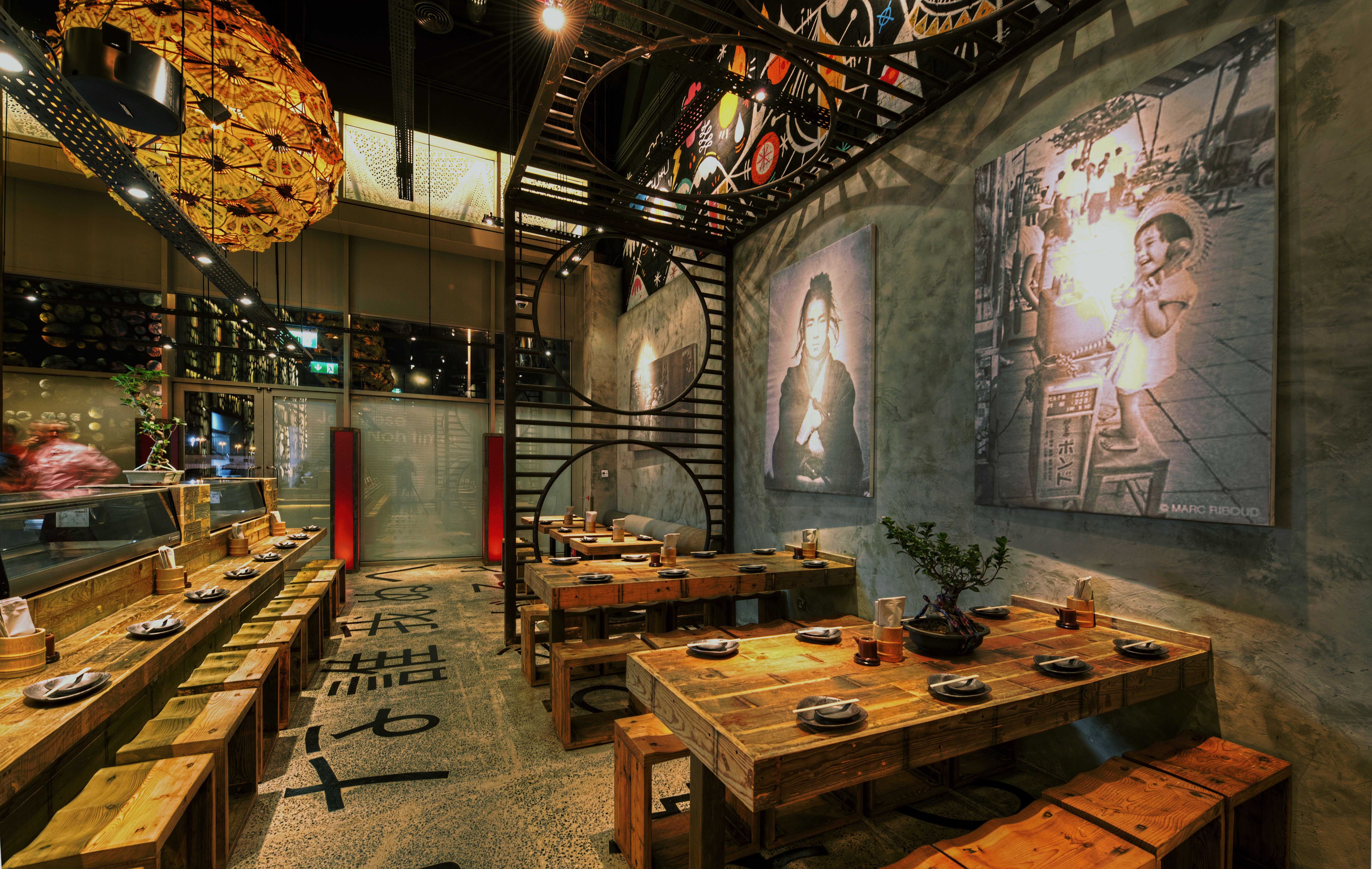 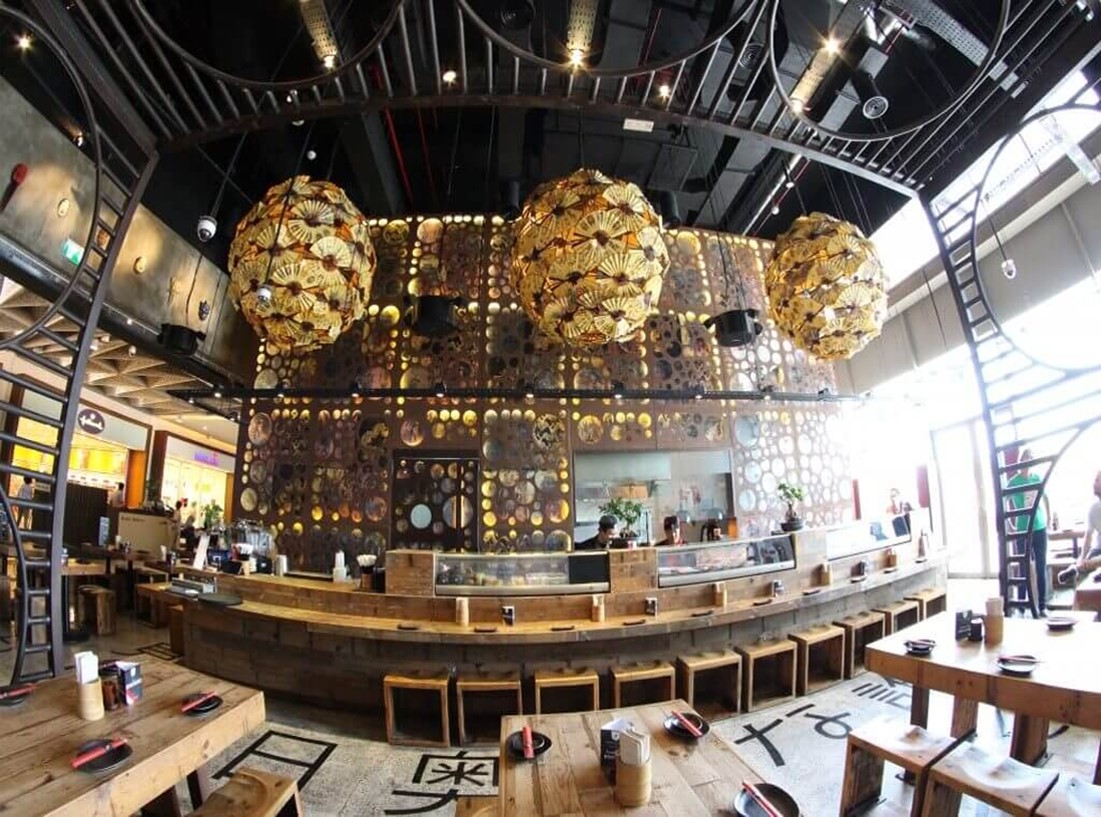 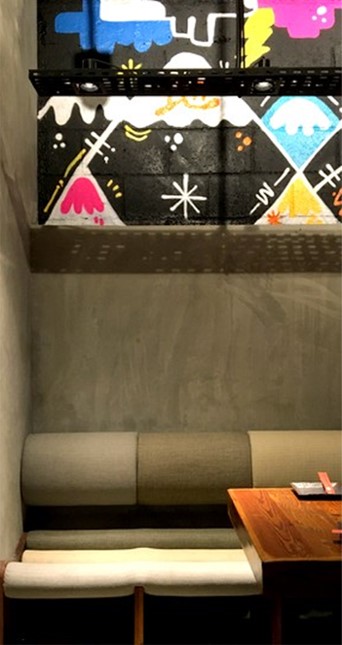 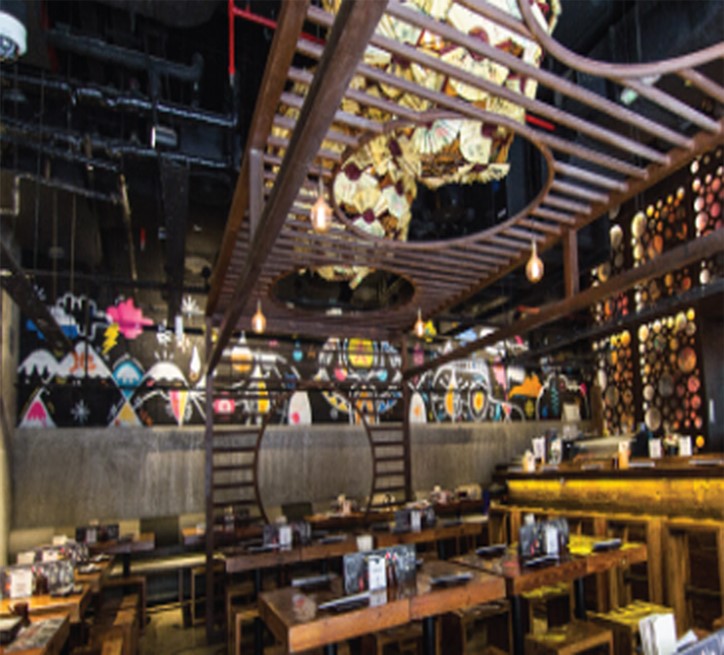 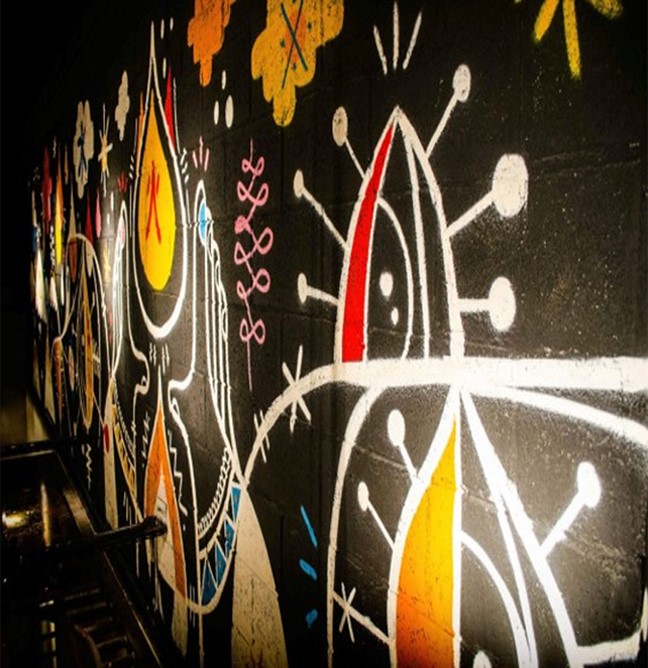 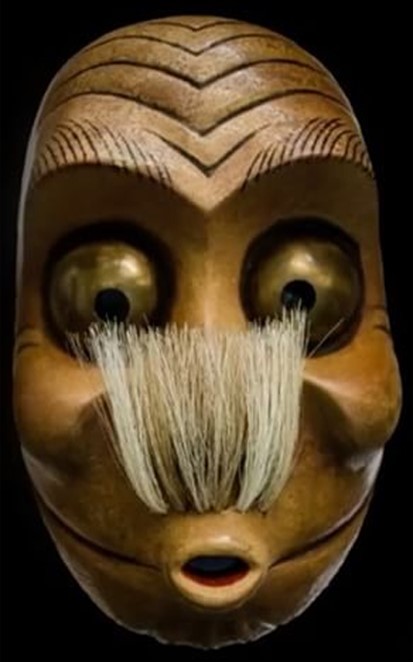 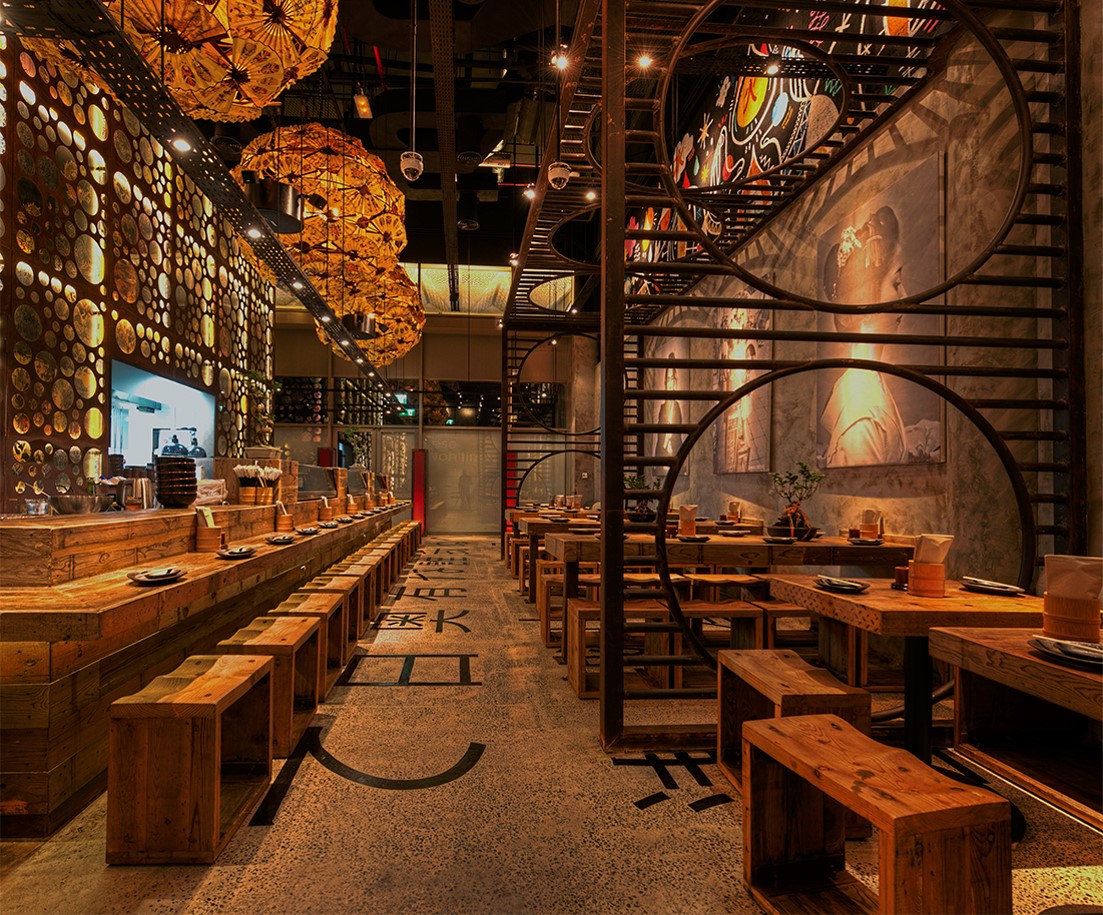 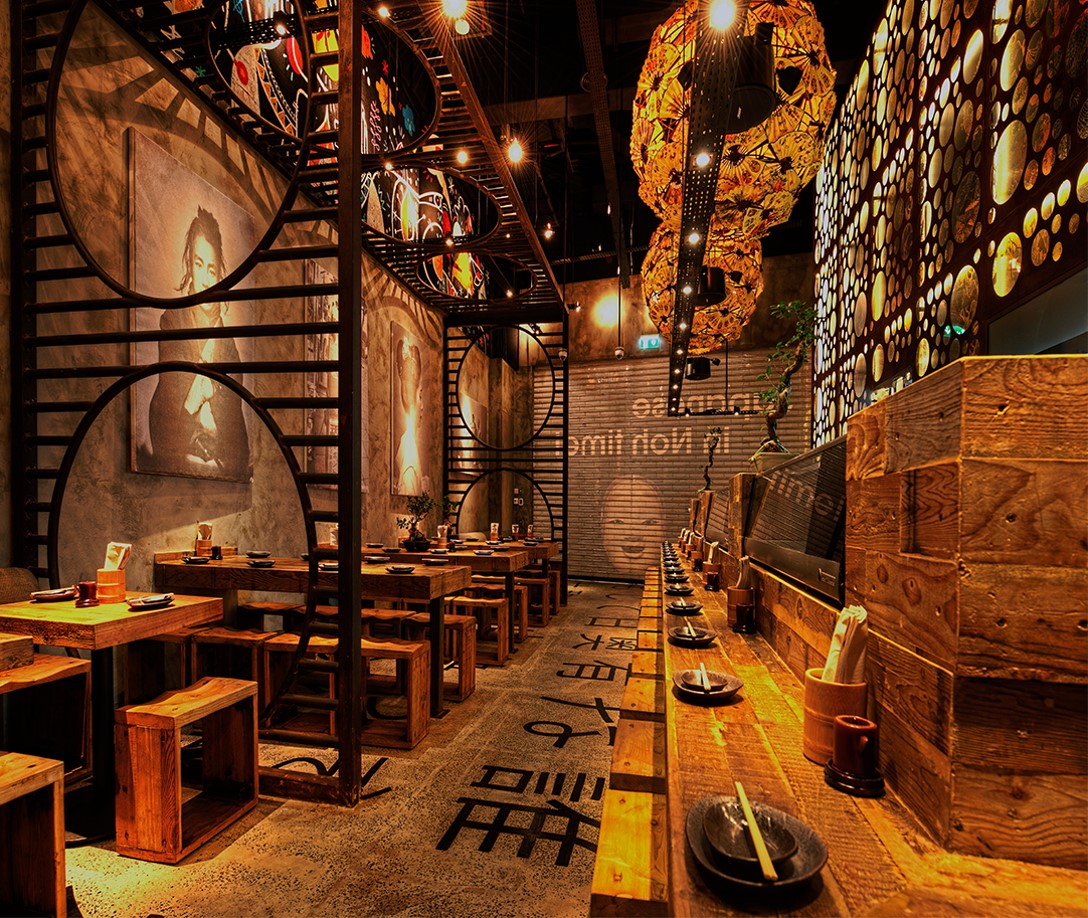